Do your own investigation. Avoid scams. Live free.

Is the rough treatment at home domestic violence? 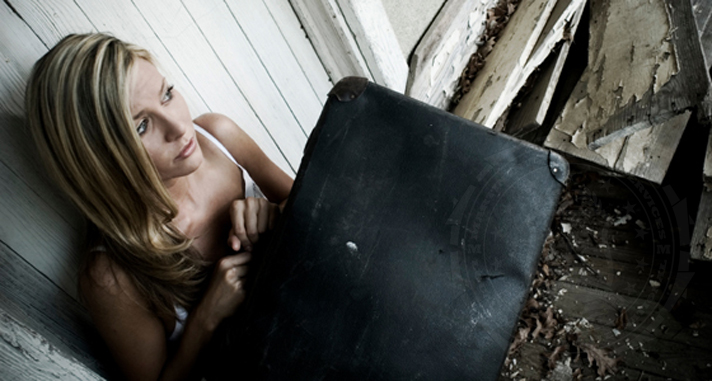 Domestic violence is the major cause of injury to women. In the United States a woman is battered every nine seconds.

Domestic violence wasn't a part of my childhood, so I was shocked when I came face-to-face with it during my investigations for the Drug Enforcement Administration in the late 1960s and early 1970s. I've learned this from my time with the DEA: When people are involved with drugs, arguments often break out. It can be ugly.

I have witnessed every imaginable scenario: A man would beat his wife for not having drugs, having poor drugs or because she didn't help sell the drugs. In just about all of these cases, we took the dope peddlers to jail and that was it. I can't remember once during that twelve-year period when domestic violence charges were also brought against the dealer.

But times have changed, and none too soon. Since the 1980s, law enforcement has become wiser. So have women; they're beginning to recognize abuse and not take it anymore. Society as a whole has learned that domestic violence has no boundaries. Women, young or old, wealthy or poor, single or married, drug-addicted or straight, have been victimized. What these women all have in common is low self-esteem. They may even believe that they're responsible for the abuse and, as a result, actually expect it.

The men in their lives need to have control and they employ any method available: intimidation, threats or mental or physical abuse. The examples are unnerving. We've seen women ask permission to use the bathroom, the telephone, attend school programs or spend money. They never handle the finances or participate in any decisions at home.

Many women are so stressed that we wonder how they ever made it into our offices. When they do arrive here, they relate these types of abuse: 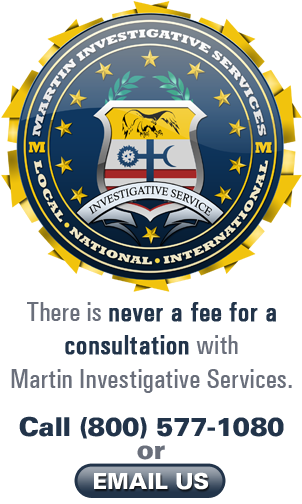 We often ask ourselves this question when we encounter abused women while conducting a marital surveillance for them. We frequently encounter the problem of getting them to take the next step, going to the police and filing charges. They use many excuses to keep from seeking legal help. She wants to protect her mate. She's embarrassed and doesn't want people to know about her situation. She fears losing her family or lifestyle. She has money problems. She doesn't want to be alone. She thinks she can change him. She believes it's her fault. Or she's in denial. ("He didn't mean it. He just touched me and I fell.")

Keep this sobering fact in mind: Many of the women who come into our office concerned about abuse also tell us that their children have been mentally or physically hurt. Some women even rationalize this, choosing to see their children's cuts, burns and bruises as "acceptable corporal punishment." The children suffer. They lash out at siblings and have violent tempers, or are withdrawn.

We always tell our clients that once they have been abused, they must leave. Despite what he promises, the batterer often increases the violence, both in frequency and severity. And the more a woman tries to become independent, the angrier he gets. Don't forget that men can get professional help for their problems, and that may be a valid step to take. But if they refuse to do so, there is no hope.

Before June 1994, it was a struggle for us to get our female clients-who represent eighty percent of our domestic clients-to leave an abusive mate, seek counseling or get medical aid.

What happened in June 1994? The so-called "Crime of the Century."

OJ. Simpson was arrested and charged with murdering his wife and her friend. With that, domestic violence became the secret that finally was okay to discuss in the open. Myths were shattered:

Karen Buske's story is far and away the most disgusting and memorable domestic violence case handled by this office. We have had cases where our clients have been killed by their mates. Many think Karen would have been better off if she had been killed.

Karen initially came to our office in 1993 wearing sunglasses. She never took them off. Her right eye appeared to be healing from a severe blow. She wanted to know the name of a good attorney to dissolve her current relationship. Yes, relationship, not marriage, as she was simply living with her boyfriend. We counseled her that if he would punch her once the odds were quite good he would do it again. Little did I know how prophetic those words would be.

Karen returned to our office in January 1994. Even the most seasoned private investigator was not ready for this scene. I can remember it as if it happened an hour ago. She had no sunglasses on this trip. I was so stunned by her injuries that I could hardly speak. I did not know how to react. Here was a 28-year-old professional, who could have been a model or have graced the cover of a fashion magazine.

She had more facial injuries than a prizefighter acquires over the course of an entire career. It was brutally sickening. Most of my staff simply cried when she walked past them. Both eyes were blackened, both cheekbones fractured. Dental work appeared to be in progress to replace dislodged teeth. Lips had been stitched to an extent no hockey player had experienced. A gash over her right eye and the bridge of her nose was quite evident. She turned slightly to the right to reveal a huge bruise on the left side of her neck.

That was the obvious injury and pain. A right arm in a cast covered by her blouse would have revealed a broken wrist. She asked me if I wanted to see the bruises over other parts of her body but I declined.

I often wonder if she is alive today. She said she would not go back to this animal, but too many of my clients do. At the time, law enforcement could do nothing because their jurisdiction required that the victim press charges. She would not do it because she feared he would harm her again. She acknowledged the stupidity of her thinking but we could not change her mind. She was beaten for hours and he stopped just short of her death. Maybe one of you can benefit from all her pain.

“Despite what he promises, the batterer often increases the violence, both in frequency and severity.”

We know that domestic violence is the major cause of injury to women and that a woman is battered every nine seconds in this country. We also know that hundreds of thousands of women and children are turned away from shelters each year because there isn't enough room. Did you know that there are more animal shelters than facilities for battered women and children? Unbelievable, but true.

Here's some advice, especially if you're not sure about your situation: Visit a women's shelter and talk to the women there. See if your situation is similar. If it is, you must get away from him now. Many of our clients tell us that the abuse has steadily escalated. Maybe a slap or kick rapidly becomes a beating with fists or objects. He may choke or rape you.

Where To Get Help

Domestic violence reports have increased since 1994. Along with this has been a rising awareness of the crime among law enforcement officers, who are more ready to prosecute these cases to the full extent of the law. Many men are receiving jail sentences, with or without the woman's cooperation. In some counties and states in the U.S., the police can file domestic violence charges even though the woman is afraid to "cross" her husband.

It's important to understand that the definition of domestic violence includes verbal abuse. Our clients tell us that this can be as harsh as a beating. Unfortunately, law enforcement can be less helpful in this area because it's difficult to file charges if there are no visible signs of abuse.

However, you still can and should seek help. Look in the Yellow Pages under Domestic Services to find an agency that understands the special needs of families with domestic violence episodes. Ask the counselor these questions:

The answers to these questions will form the steps you need to take to end the cycle you're in. You owe it to yourself and your children to take them.

Here are some addtional websites that offer help:

“No one can make you feel inferior without your consent.” Eleanor Roosevelt

There is never a fee for a consultation.
Call for a free consultation now.
Table of Contents